My Family My passion Science research 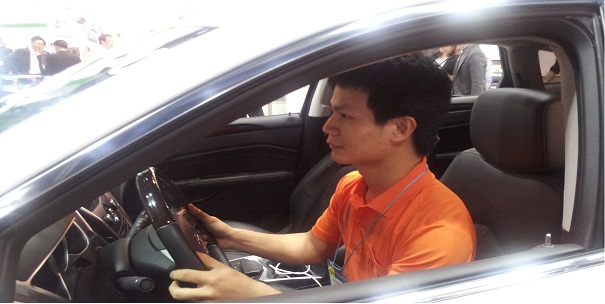 When I was a student at high school, I used to watch some student's game shows. The strongest impressed and delighted game show was "Robocon- Robot contest". When I watched this program, I wondered how it could move very flexibly and pick up the items. Hence, I dreamed that one day I can make a robot by myself. When I graduated from high school and passed the university entrance examination, I was admitted to the Hanoi University of Science and Technology (HUST) - one of the leading technical Universities in Vietnam.

From the first days at HUST, everything was very strange; I tried to find the place where students made robots. I began to participate in assisting to assembly the robots. I understood gradually the robots' structures, mechanical characters, and know how to design a controller circuit. However, all the knowledge which I had studied, was just the tip of the iceberg. I spent more time to create robots and I was really interested in this job. I spent too much time to make robots instead of studying in class. Therefore, my grade was decreased dramatically. I knew that I had to study much more. During this time, I read many books, learned theories more carefully.

In starting the 4th year, I created a group in my class to design and make the robots for participating the Robot Contest this year. After then, I was nominated as a captain. I used all the knowledge which I had learned. I made a plan to work and team activities principles. By the enthusiasm of all members, my team "MTP-BK" was at 15th position in the Northern region. With the studying time, working hard, and our passion, we received some sweet victories.

When the 4th year ended, I began the last year with a full of confidence. I expected that I would have a monumental achievement in the last year. I had paid attention and hoped in the HUST scientific research student contest. I started to gather a team and build a working plan. I was nominated as a team leader. After then, we decided to join with a topic: "Researching, designing and fabricating the automatic packaging machine with capacity of 1200 pack per hour". With the available experiences and working skills, our project was completed quickly and prepared for the competition. Our topic was highly appraised by many Professors in my department. We were very happy when receiving the first prize for HUST's student scientific research competition. Especially, our project was also received the encouragement prize of "Students with Scientific Researches" given by Vietnam Minister of Education and Training. I have got an initial success due to the science research passion. I realized that the passion is always the most important factor that leads us to the best results.

After graduated, I participated to work at a company that specializes in machine design. In working time, I found many in-depth knowledge areas which I could not explain. I always want to be able to continue learning to improve my knowledge deep and deeper. This is the reason why I came to Korea to study master course in Soongsil University. During the master course, I can participate and research deeply about one project, especially about Micro machining. However, the important thing I can achieve is the research ability improvement and development of a broad understanding of global research.

After graduated master course, I got a job in Research and Development (R&D) center in a big company in Korea. It's really a great opportunity for my career, because it is not only applying my research knowledge in working but also improving my experience in manufacturing industry. In company, I worked as a deployment engineer in Nike shoe Industry to develop and deploy automation machine into labor intensive present manufacturing.

After working in company more than 1 year, luckily, I got a scholarship for studying Ph.D course at Seoul National University of Science and Technology - a famous technique university in Korea. Additionally, I also had a chance to research in Computational Mechanics & Design laboratory. I will try my best to have good research results, contribute for laboratory.... Keep writing